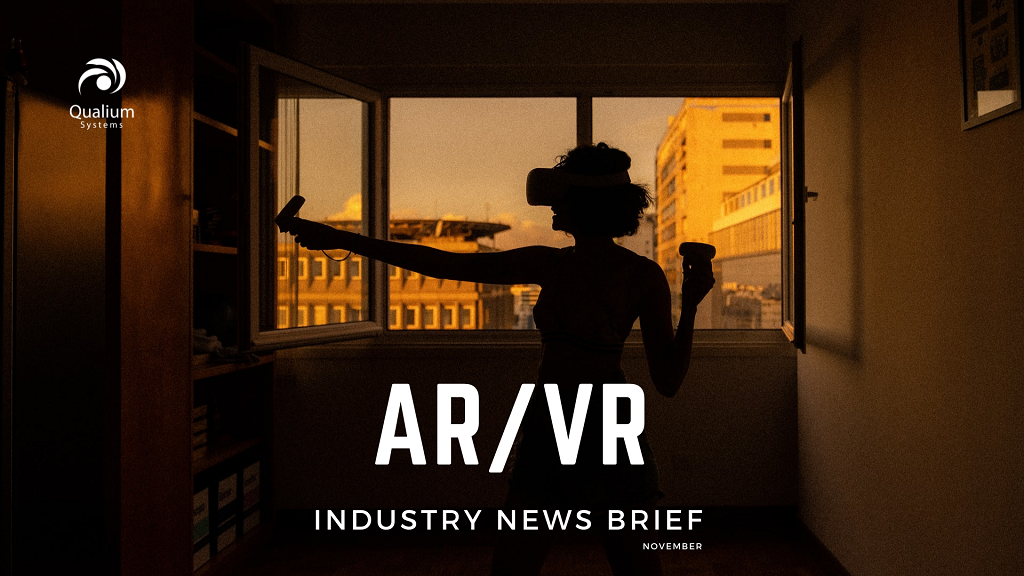 The AR / VR industry is rapidly evolving. One by one, tech giants announce the release of new devices, solutions and technologies. We decided to make brief reviews of the most interesting news, so that you keep abreast of the latest events.

The Kickstarter crowd-funding campaign for the Lynx-R1 mixed reality (MR) headset was a success before it even had time to warm up, managing to exceed its $300,000 USD funding goal in less than a day. Now the campaign has concluded with over one thousand backers supporting the project and just over $800,000 raised over one month.
https://www.vrfocus.com/2021/11/lynx-r1s-successful-kickstarter-ends-with-over-800000-raised/

Meta and Microsoft announce partnership to integrate Workplace and Teams

Nreal Brings The First AR Glasses To America, Via Verizon

Light was previously only available in Germany, Spain, Japan, and South Korea. It weighs around three times a heavy pair of sunglasses, or a third of a Magic Leap One headset. To achieve this form factor Light is powered by your smartphone over a USB cable, there is no battery or full-fledged chip onboard.
https://uploadvr.com/nreal-light-ar-glasses-usa-launch/

Ultraleap, the world leader in interface technologies – hand tracking and mid-air haptics – announced it has completed a £60 million ($82 million) Series D round of investment. The raise will enable Ultraleap to further develop and commercialise its revolutionary technologies for existing and next generation computing platforms.
https://www.ultraleap.com/company/news/press-release/series-d-fundraise/

Speaking at the Huawei Full Scenario Smart Life Conference, the Chinese tech giant said as quoted by Huawei Central it would launch its VR Glass 6 degrees-of-freedom (DoF) game headset, which weighs only 188 grammes and can connect to Huawei smartphones and PCs with a Type-C cable.
https://www.xrtoday.com/virtual-reality/huawei-launches-vr-glass-6dof-headset/

Niantic Inc., developer of the world’s first and only planet-scale AR platform, announced that Coatue has made a $300 million investment in the company at a valuation of $9 billion. Niantic will use the funds to invest in current games and new apps, expand the Lightship developer platform, and build out its vision for the Real-World Metaverse.
https://nianticlabs.com/blog/coatue/